If you book award tickets between North America and Europe, you probably know how big of a challenge it can be to find transatlantic award availability. Getting over the water is the hardest part and you need to have a really high degree of flexibility on which gateway cities you use. Additionally, depending on availability, there might be no actual way to get to your final destination on a single award ticket.

Fortunately, when you’re flying intra-Europe, it’s generally not too expensive to just buy a ticket. Numerous low-cost carriers operate in the region and there’s usually a cheap way to get between European cities. After all, Europe is so small that it’s hard to find a flight longer than 3 hours in any given direction. So, this is how I ended up booking a ticket from Los Angeles to Istanbul via Frankfurt. Not many people want to fly to Istanbul from the US right now, so it’s turning out to be one of the best award gateways to Europe for this summer–if you can accept the SSSS risk. So, for my trip to Zagreb, I found an award flight to Istanbul on Lufthansa (via Frankfurt), and found a return flight from Milan on airBerlin. There wasn’t any actual award availability to anywhere in Croatia, though, so I had to fill the gap.

Croatia, unfortunately, isn’t one of those places where you can fly cheaply. The only low-cost carrier to serve Zagreb, easyJet, pulled out earlier this year. So, forget about catching a $50 hop on a low cost carrier from a European gateway city like you can to most places. Almost every flight I was looking at cost over $400, except for a flight on airSerbia with a 23-hour layover in Belgrade. 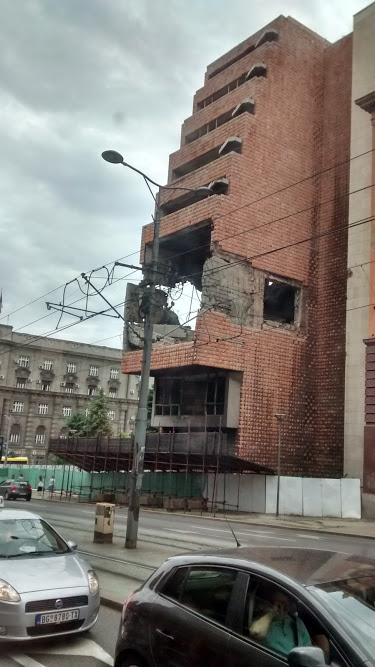 Yeah, that. Belgrade. The city that was bombed by NATO. Most Americans have long forgotten this, but the scars of the Yugoslav civil war and the NATO bombing campaign are still visible all over the city. Although Serbia doesn’t require a visa for Americans to enter, it’s not a member of the European Union. It doesn’t recognize the borders of Kosovo, either. So, I honestly had to wonder just how warm a reception I could expect as an American in Belgrade. The NATO bombing campaign wasn’t that long ago–I was still in college then. There was also the matter of flying Air Serbia. It’s the former Yugoslav Airlines, marred by bankruptcy after being mired in over a decade of mismanagement.

I held my breath and booked the ticket. I just found it mentally impossible to justify paying $200 more, and the fare rules sealed the deal. Air Serbia has exceptionally flexible fare rules, so I was able to book an open jaw itinerary as a roundtrip rather than two point-to-point one-way itineraries. Air Serbia is also very flexible with changes, which was important because I was flying a hidden cities itinerary and these are super risky. If it turned out I couldn’t depart from Frankfurt as booked and planned, I could change my ticket and depart from Istanbul instead. The price was $218.30 and my itinerary would allow me nearly 23 hours in Belgrade on the outbound, plus a long afternoon in Belgrade on my return.

It was an uneventful flight on Lufthansa to Frankfurt. The service was efficient and entirely unremarkable–typically German. After arriving in Frankfurt, I found the Air Serbia check-in counter. It opens 3 hours before departure and I had a 6 hour layover, so I ended up dropping my bags at the luggage storage facility next door. It’s conveniently located, albeit expensive (the cost was about 15 euro to drop my bags for the day). I then hopped on the U-Bahn (fortunately I had a European chip and PIN card that worked on the ticket vending machine) and headed to central Frankfurt.

What’s a layover in Frankfurt without a frankfurter? It hit the spot! 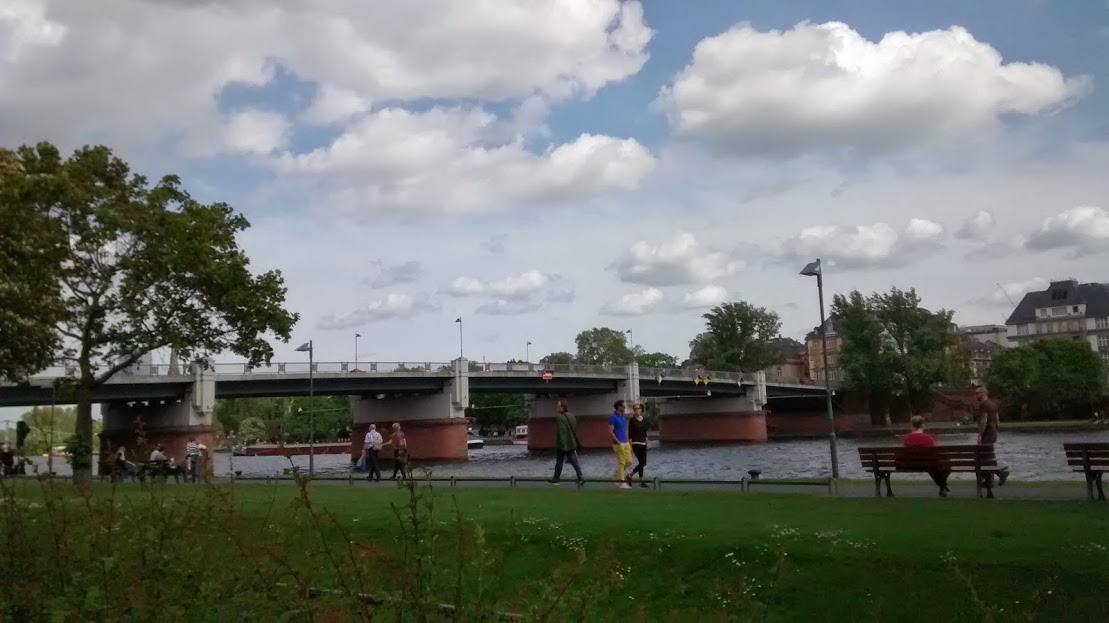 A lazy afternoon at the river Main 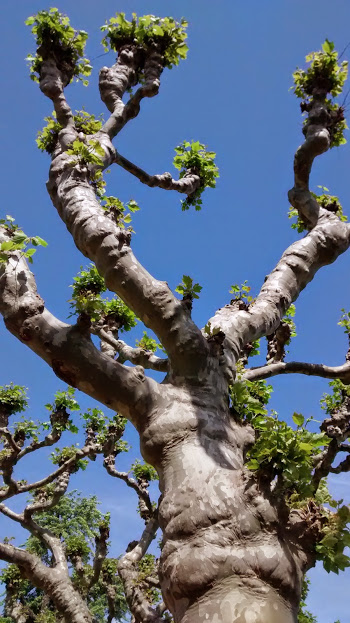 Trees budding in the springtime sun

It is a long flight from LA to Frankfurt and I was pretty tired from being on the road. I stretched out and napped on a park bench, soaking up the sun and enjoying the afternoon. Since a lot of not-obviously-homeless people were doing the same thing, I figured it was socially acceptable. It was bliss; sometimes the best things in life are free. Eventually, the time came to make my way back to the airport. I stopped at Starbucks for coffee, at a Chinese shop next door for some snacks, and hopped on the subway.

An uneventful trip back to the airport, and I retrieved my bag. I’d gotten back sooner than planned, and was about 2 hours early for my departure. By now, the Air Serbia counter was staffed. After meticulously weighing all of my bags and requiring me to shift items from one bag into another one (this was done for no good reason, it only served the purpose of hassling me), I was issued a boarding pass and my carry-on items were tagged. Almost no line at immigration, and I was thoroughly and efficiently stamped out of Germany (the immigration agent briefly quizzing me on why I was arriving and leaving on the same day, since I had booked two separate tickets on the itinerary). Once through, I proceeded to the gate area.

The gate used by Air Serbia in Frankfurt is all the way at the end of the international departures area, and you don’t actually clear security until the gate is open. Who opens the gate? The same people who run the check-in desk. And there is nowhere to sit until the gate area is opened. A lot of sour-faced people from the Balkans were standing around looking less than entirely amused, and there were a lot of screaming kids. So, since I had about an hour before boarding, I headed upstairs to a completely deserted transit lounge. Ever wonder what airport employees do in between flights when the terminal isn’t busy? A lot of napping and a lot of texting with their friends on the phone. Most of the employees seemed surprised that a passenger was there, but I didn’t bother them and they didn’t bother me.

Eventually, I made my way down to the gate. The outside area was even more crowded now, with people even more sour-faced and children crying. Eventually a security guard showed up, then another few trickled in, and they began preparing the gate. German security is Very Serious, with the supervisor first clearing all of the security guards through security. Still no Air Serbia employees yet, though. Those came about 5 minutes later, arriving on bicycles, the same people who had been operating the check-in counter! They actually had to be cleared through security as well, along with the flight crew who showed up exactly when the gate was opening, clearly being more aware than passengers of the actual boarding time.

The boarding process was a little chaotic, definitely not organized like the US or Singapore but more organized than Russia or China. I could see that it wasn’t a full flight, so even though I had a large carry-on bag, I didn’t worry too much about the mad boarding scramble. I slipped into the line in front of an inexperienced traveler, with about the closest that you’ll ever get to a nod and wink from the German gate staff, and boarded the plane. Next stop, Belgrade!