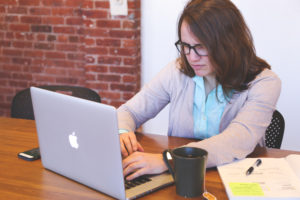 My parents own a home in the Phoenix area, and since they’re now retired they spend the majority of their winters in Arizona. As of late, they have started spending Thanksgiving in Arizona, since this provides a nice change of pace (and much better weather) from typically gloomy November weather in Seattle. 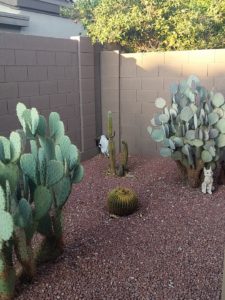 Over the past two years, it has been relatively easy for me to get to Phoenix because I was a short drive away in Los Angeles. However, I’m spending much less time in California this year, and will be starting out from Seattle. This means flying, and flights during peak holiday periods are expensive. While flights to Phoenix have been spectacularly cheap as of late (as low as $59), it was over $400 for the dates and times I wanted.

However, I had five different types of miles that I could use, so I thought it was worth checking to see whether using them was possible. When you’re going to a popular destination during a popular time, it generally isn’t possible to use miles. However, it’s sometimes possible if you have some flexibility in both the points you use and the way you book. Here’s how I actually did it.

Southwest was out. The number of points required on Southwest is based on the price of a ticket. Because the ticket was expensive, there were no bargain fares using Southwest points.

Avianca was also out. They partner with United in the US, who had no availability for the dates I wanted. Zip. Zero. Nada.

Delta had availability for a silly number of points: 32,500. This is just shy of the points required to fly to Japan.

Alaska could get me there on a 12,500 mile partner award using a combination of American and Alaska flights. However, they charge a $12.50 fee in addition to the taxes when a partner is involved. For Alaska’s own flights, the cheapest redemption was 20,000 miles. And all of the return flights were 30,000 miles. When you consider that this is what a ticket to Europe in the summer costs, it just wasn’t good value.

However, I could book the very same outbound flights using American Aadvantage points – a flight to Las Vegas on Alaska connecting to an American flight onward to Phoenix–for no fee. And I had just barely over the necessary 12,500 points with American. Given that American points are less flexible than many (a 3-week advance purchase is required to avoid a $75 last-minute booking fee), this was a good redemption for me. The paid flight would cost over $200, so the redemption value was about 1.6 cents per point. This is slightly above the average value of 1.5 cents per point. And it was a relatively rare case of a domestic redemption I could do with more than 3 weeks of pre-planning Booked! My American account is now cleaned out.

The big problem was getting back. There was far less availability.

Alaska had no low availability coming back on either the Saturday or Sunday after Thanksgiving. It would take 30,000 miles, which isn’t good value–it’d be less than 1 cent per mile.

Southwest was based on the price of the flight, which was stupidly high. So this option was out.

American didn’t have any availability, and I was out of Aadvantage points anyway.

Avianca didn’t have any availability.

Uh-oh. It wasn’t looking good. Then I checked Delta, and they had availability on Saturday! It was a Delta flight to Los Angeles, connecting to an Alaska flight to Seattle. 12,500 miles. Booked.

I used a number of techniques when booking these flights:

I’m looking forward to a fun Thanksgiving in the Arizona sun. And I’ll be going for free! If you’re still making holiday plans, don’t count out the opportunity to use your miles, even if you’re going somewhere that is popular and expensive.