I spent 4 years living, working and studying outside of the United States. Sure, expats keep up with the news in the US, but you end up seeing your home country mainly in snapshots and viewing it through the lens of the media. The country you grew up in thus becomes an exaggerated caricature, even more so than its larger-than-life culture already is. If you’re a thoughtful person, and most expats are, you know that this is going on and you adjust your expectations accordingly. So I was prepared for the general incivility of public discourse (which stands in sharp contrast to the expat community, which almost universally demonstrates the very best of American culture), and the outright stupidity of politicians (whose constituents deserve far better). I was even prepared for the police brutality here, which resembles the feared and loathsome force of “urban management” officials in China known as Chengguan.

But nothing could have prepared me for the sheer number of extremely obese people. I see them everywhere. Or Seattle traffic, which would probably lose a race to molasses. Or … well, read on. Here are my Top 5 reverse culture shocks: 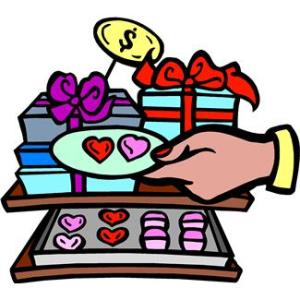 1. Everything tastes too sweet. Bakery goods contain much more sugar than in most places abroad (particularly Asia), but it’s not just these. Juices are flavored with high fructose corn syrup. Ice cream is more sweet. The amount of sugar in a cupcake will knock you off of your chair. Even the sauce in pizza has almost as much sugar as a jelly doughnut. No wonder everyone is getting diabetes, people are just consuming way too much sugar. 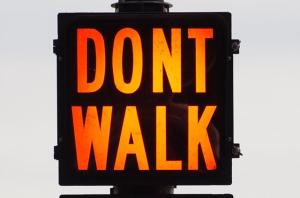 2. You can’t easily walk anywhere. With the exception of a few US cities such as New York and San Francisco, it’s really hard to walk anywhere. I miss the convenience of just popping next door for fresh vegetables any time I wanted them, or easily stumbling home after an evening in the pub with friends.

3. I live in my car. Public transportation in the US is generally pretty bad, and this is especially true in Los Angeles and Seattle (the places where I spend the most time). Because I can’t actually walk anywhere to get things done, I end up having to drive all over the place. So, I end up paying a lot more for transportation than I did living abroad.

4. Shopping is less expensive, but you have to buy more stuff. Because there isn’t a national sales tax in the US, most things are cheaper in stores. However, this doesn’t mean that I’m actually any better off, because the things these taxes pay for (e.g. health care and public transportation) don’t exist. So, living in the US overall costs more. 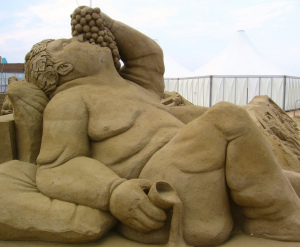 5. People are just unbelievably fat.  I mean, folks like you see in People of Wal-Mart just don’t seem to exist in other countries (with the possible exception of Mexico and the UK), but you see this all over the place here. Is it because of all of the stuff above? Probably. I personally get way less exercise here in the US and have been gaining weight since I returned.