Loyalty fraud is a massive problem in the airline industry. It is estimated to cause billions of dollars in losses annually. Most of these losses used to only be “on paper” representing lost revenue; since airlines give away the seats they don’t think they’ll sell, a fraudulent redemption really only cost them a few dollars in overhead and catering. So, in the event that someone’s account was compromised and the points used, the airline would just restore the points and change the password (and optionally try to go after the fraudulent passenger, although this was usually more trouble than it was worth). 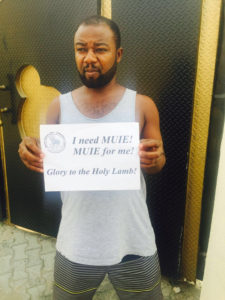 I’m sure this guy’s ID was legit. (Photo credit 419eater.com)

These days, it’s a much bigger deal when your miles and points get stolen because they can be redeemed for things other than airline tickets–items such as gift cards and online shopping purchases that cost the airlines real money. Naturally, given the increased risk exposure most airlines have implemented loyalty fraud programs. These look for unusual patterns in accounts and flag suspicious activity. Unfortunately, a lot of legitimate activity can look fraudulent, particularly when the algorithms aren’t updated along with changes in the way that people earn and redeem points.

I have helped people in a number of instances lately in which a frequent flier member’s account was flagged for fraud. Fortunately no tickets were outright cancelled but additional verification and security procedures had to be followed, up to even going to the airport on the day of travel with the credit card used to pay the taxes on an award ticket. However, this is happening less frequently lately and there are some identifiable patterns I will share to help you avoid being caught up by a fraud algorithm.

Now, if you’re here because you got involved with mileage brokers in the buying and selling of points and you just got caught, none of this will help you. That’s something you actually did, and if the airline is talking to you at all, you can assume they have you dead to rights. This post will only help you avoid being flagged if you’re actually innocent.

One thing that used to be incredibly suspicious in award programs was suddenly earning a large number of points, and then using them immediately for an expensive award redemption. And at one point, this made sense. Back when people earned most of their miles from flying, there was an upper limit to how much flying a person could reasonably do.

These days, this is a completely normal pattern. Many people have started earning points in transferable programs such as those operated by American Express, Chase, and Citi. So, they’ll earn the number of miles needed for a ticket, check for award availability across a number of different airline programs, and then transfer the miles to the program for redemption. And on the part of consumers, this is perfectly rational; airlines have devalued their own loyalty programs so much and so often that it’s better for most people to keep their options open.

The good news is that the horror stories of previous years, in which tickets were cancelled without notice or people were forced to drive to the airport to get award tickets issued, appear to have gone by the wayside in most of the programs that work with bank loyalty programs–provided that your redemption meets the new definition of “normal.” The biggest offender was Flying Blue but this wasn’t the only program that created difficulties.

If you book a normal award redemption these days, it’s unlikely to cause you any issues regardless of the loyalty program you’re using (with the possible exception of programs that are new to working with bank loyalty programs; these include Turkish Miles and Smiles and Avianca LifeMiles).

What’s a normal award redemption? It’s one that doesn’t trip the algorithm. To understand this, you just need to think like a computer. Algorithms like these are designed to either add or subtract points on a transaction depending on criteria that raise suspicion. So, for example, suppose that you start with 100 points, and the threshold is 50 points or below. An algorithm might work like this:

How many points are assigned for what specific criteria? And are these the only criteria used? Well, that’s proprietary, and (for very good reasons) loyalty programs aren’t going to tell you. Some programs are more relaxed and others (such as Flying Blue) are less so. Nevertheless, when you look at the criteria that adds points, it’s pretty obvious why it is there. 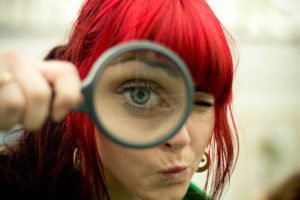 Keep in mind that one or two things that add points probably won’t trip you up as long as there are enough things that subtract points. After all, this stuff can totally reflect normal life. Your best friend just rage quit her job and you’re buying her a ticket to Costa Rica right now. With the points you coincidentally bought yesterday because there was an incredible mileage sale. You’ll join her this weekend but plan to fly another airline. And you’re using up the crappy gift card you got this Christmas to pay the taxes before the thing starts charging you fees. I mean, nothing about that scenario is suspicious once someone has a conversation with you, but it totally looks suspicious otherwise.

Loyalty programs that over-rely on dumb algorithms will just automatically cancel a ticket, or it won’t go through in the first place. That’s why many loyalty programs implement manual review for suspicious transactions. Most commonly, a transaction that is too suspicious can’t be completed online and the member will be instructed to call the loyalty program. At this point, extensive validation is done when the ticket is being purchased.

There can also be a “soft review.” When this happens, the loyalty program will call the member at the telephone number on file to inquire about the transaction. Of course, if the member doesn’t recognize the transaction, they’ll immediately unwind it. And sometimes, additional validation is required. Most commonly, the airline will require that the credit card used to pay the taxes be presented at the airport (this is becoming a requirement even for transactions that aren’t suspicious, and some programs go even farther by requiring that the loyalty program member’s credit card always be used). The airline may also interview the traveler to determine the legitimacy of their relationship to the loyalty program member.

Every verification that I have needed to do in order to satisfy a loyalty fraud investigation was necessary because the activity objectively looked shady:

In every case, the passenger was able to travel. It did take a little bit of extra work to explain to the airline what was going on, and in the case of the ticket from Nigeria, the airline wanted to see the physical credit card (emailing in a photo of both sides was fine). However, in every case the airline was satisfied with the explanation. No loyalty accounts were frozen, and no tickets were cancelled. The system worked.

Don’t avoid loyalty programs because of potential security problems. If you’re doing something that looks suspicious to, say, Flying Blue, it’s virtually guaranteed to also look suspicious to Mileage Plus. Airlines may react differently and have different tolerance thresholds for suspicious activity, but they’re getting a lot better at this stuff and false alarms are a lot less common these days.