I wrote earlier about the unexpected hassle of getting between Budapest and Zagreb. Renting a car is the easiest way to do it, but it’s certainly not cheap. Actually, the cost of the car rental is the cheapest part of the equation. If you’re coming from essentially anywhere else in the world, you’ll probably have to sit down when you find out how much the fuel is going to cost you. Fuel prices range from about $6 per gallon to over $9 per gallon in Europe. 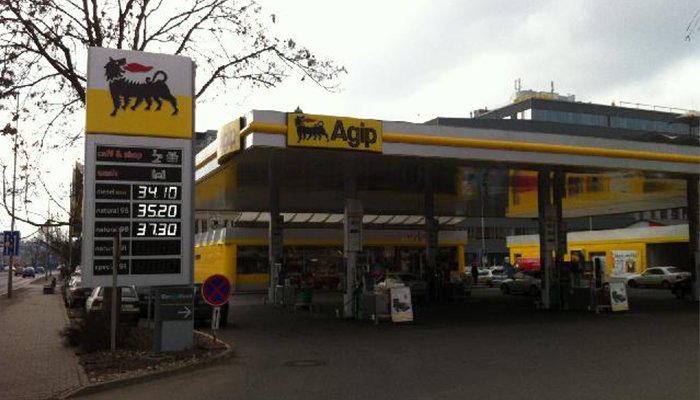 When you do the conversion, the price might knock you off your chair.

Still, while fuel isn’t a bargain anywhere in Europe, there are still ways to save. Here are a few tips that I have learned from experience driving all over Europe:

A car can be a liability. Consider whether you really need a car. If you don’t, skip the rental counter. Public transportation is much better in European cities, parking is an expensive hassle, and traffic cameras lurk everywhere waiting to cite you for even the smallest transgressions. It’s really better not to have a car at all, if you can reasonably avoid it.

Think small. A smaller and lighter vehicle not only saves fuel, it’ll be a lot easier to navigate and park on narrow European streets. Keep in mind, though, that the smallest European vehicles are tiny–and they’re not particularly fun to drive. Also don’t trust rental agencies’ promises regarding the number of bags a car can accommodate. Subtract one from the published number, unless you travel extremely light and carry only small bags.

Choose a diesel vehicle if possible. Diesel fuel is usually cheaper than gasoline, and a gallon of diesel takes you farther than a gallon of gasoline. Even if it costs more to rent a diesel vehicle, you can more than make up the difference in fuel cost savings.

Buy fuel in major cities. Transportation costs more in Europe than it does in other places. Accordingly, the farther you are from a fuel transportation hub, the more you’ll pay. This is different than, for example, the US where fuel can cost much less in the countryside.

Run for the border. If you’re near Andorra, Luxembourg, Bosnia or Ukraine, it might be worth ducking across the border to fill up. These countries have some of the lowest fuel prices in Europe (Russia and Belarus have relatively low fuel prices, but also officious borders and visa hassles–they’re probably not worth it). However, you can still save money–even if you’re not in one of the cheapest countries–by paying attention to which side of the border you are on. Diesel is much less expensive in The Netherlands than it is in Germany. Gasoline is cheaper in France than in Belgium.

Pay with local currency, or use a no foreign transaction fee credit card. Traveling from Austria to Hungary? Cheaper Hungarian fuel prices might end up more expensive if you pay in Euros. The currency of Hungary is the Forint and you won’t get a good exchange rate at a gas station. Ditto in Bosnia. They use Bosnian Convertible Marks and most gas stations don’t take credit cards. However, they’ll gladly take your border currencies (euros or Croatian Kuna) at a horrible exchange rate. If you can pay with a credit card, you’ll get a semi-honest exchange rate by using a credit card with no foreign transaction fee. I use a Capital One Visa card which not only has no foreign fee, but also pays me 1.25% cash back. This card isn’t at the top of my wallet in the US, but it’s great for international use.

What was the bottom line? I rented the smallest car available from the rental agency, which was an Opel Corsa. My trip from Budapest Airport to Zagreb, round-trip, cost about $160 in gasoline. The 7-day car rental cost me a few dollars less on top of this, for an eye-popping grand total of $317 in transportation cost, not counting parking and tolls (which added roughly another $40 to the total). Granted, I did drive around Zagreb some, but it’s not a large city and I didn’t use a lot of fuel. I put about 500 miles on the car, total, for a cost of 32 cents per mile driven. Your mileage will vary, obviously, depending upon the number of people in the car and the speed you drive. I was alone in the car and drove strictly at the speed limit (the majority at 130KM/h), wary of speed cameras.

Was it worth it? Marginally. I was able to travel more or less exactly on my schedule, but it was a colossal hassle with the rental agency. An hour after renting the car, I discovered that the headlight had burned out, so I was unable to travel any farther than the outskirts of Budapest. It was an epic battle with the rental company to make things right. While they eventually did, having to battle over a maintenance issue was really the last thing I needed after 15 hours of travel from Los Angeles. It would have been a net loss versus arranging other forms of transportation, but having the use of the car in Zagreb with my team there (in my real life I am the founder of a mobile applications company) made up the difference. We had immediate and convenient transportation whenever we wanted to go somewhere. And I actually saved travel time versus flying in from Budapest, because the airport in Zagreb is neither close nor convenient to the city.

I hope these tips help you save money on your next trip to Europe. Happy driving!