I needed to take a last-minute business trip to Kiev. Cash fares were hovering over $900 one way for one-stop itineraries, so I started looking for opportunities to use points. When I book my own award travel, I optimize for the most efficient use of points and the stand-out value was 25,000 Ultimate Rewards points for an Air France flight. There was a long layover in Paris, but I really like Paris so the 9 hour layover was fine. It’s enough time to visit the Louvre and enjoy a coffee in a sidewalk cafe. 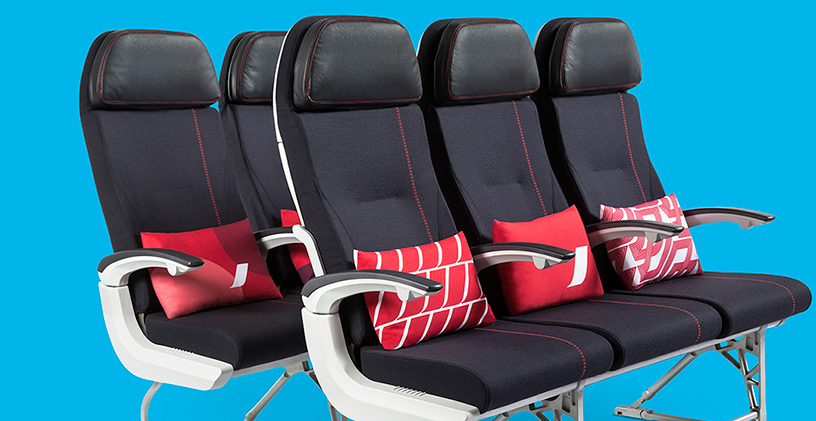 Unlike most airlines, Air France touts their economy class cabin. We’ll see if it lives up to the hype!

Unfortunately, the Flying Blue program is an absolute disaster right now. Air France/KLM just switched the chart from a fixed value redemption chart to variable redemptions (which, based on my analysis, is one of the biggest airline devaluations in history–most awards are up a minimum 30% and some are up 500%). It was a total fluke that the flight I wanted still cost 25,000 points, yielding 3.2 cents per point in value all-in (net of taxes/fees I had to pay out of pocket). This is very good redemption value on a ticket for which I would have paid real money. However, the devaluation comes on top of another negative change, removing the award calendar, which has driven call center volumes through the roof (because the only way to search for availability over a range of dates is to call now). Because of this, it can now take 2 hours to get through to an Air France representative.

Of course, my worst nightmare happened. Rather than posting immediately, after I transferred my Chase points, the points didn’t show up. I called Chase, who said that they transferred the points and it was Flying Blue’s fault. I called Flying Blue, and they said they hadn’t received the points so it was Chase’s fault. Both suggested I just wait. So I waited, and waited, and waited. I called to put the seats on hold so they wouldn’t disappear while I was waiting. Eventually I gave up and went to bed.

The following morning, the points still weren’t there. 4 hours before the flight, they still weren’t, so I called Flying Blue again. Fortunately, the friendly representative in the Mexico-based call center had a solution: “We are aware of this issue so we will advance you the points and your account will have a negative balance. When the points post from Chase, your balance will go back to zero.” She put me on hold, then came back a few minutes later to collect my credit card number. And just like that, I had a ticket to Kiev! I didn’t really believe that I did until I went to check in, and the computer spat out boarding passes.

So, certainly a stressful beginning to a trip, but a happy ending. I have no status with Flying Blue. I have never booked a ticket in their program. They don’t know I write this blog. They just thought on their feet and solved the problem by taking a risk (I could have been lying about transferring the points). And so instead of stranding me, which is totally what I expected, I’m now on the way to Kiev.

Chase is now reading a new telephone script when you call: “It can take from 1-7 days for your points to post after they are transferred.” After slowing down transfers to Korean Air and now Flying Blue, it appears Chase is trying to make Ultimate Rewards less valuable by making it impossible to redeem them for last-minute flights. This doesn’t appear to be a technical glitch; based on the policy change being communicated by their telephone agents, it seems to be deliberate. Also, there is nothing in writing on Chase’s Web sites to communicate the change, so people are going into this process with no idea that points transfers are no longer instantaneous.

Generally speaking, I like the Chase Ultimate Rewards program better than American Express Membership Rewards. However, the ability to have immediate use of transferred points is key. Award travel inventory is dynamic (a seat that is available now likely won’t be in a couple of days, particularly to a popular destination) and most of the value in keeping your points with a bank program instead of an airline program comes from the immediate ability to transfer and redeem points. There are fewer reasons to collect bank points instead of airline points if you aren’t able to easily redeem them for awards.

Airline points programs are rapidly losing credibility so it would be bad for consumers if banks to go the same direction and make points harder to redeem.

5 thoughts on “Near Disaster: Chase Ultimate Rewards And Flying Blue”