I have spent the last two weeks in Zagreb, Croatia. While most of my trip has been for business, I have had the opportunity for some personal travel as well. It’s about a month before the tourist season begins here in Croatia, so good deals are available on rental cars.

One of my favorite sites for booking discount rental cars in Europe is rentalcars.com. All the rates are prepaid and include basic insurance, so it’s relatively easy to avoid upsells. You can also see the rental car agency you’re using, which is different from sites like Priceline that don’t show you that. Better yet, the discounts they offer are sometimes astonishing, at 50% or less of the regular published price. Unfortunately, if you use Enterprise in Croatia, there is some fine print in the contract that is really limiting. They don’t allow you to travel to Serbia, Bosnia or Montenegro, all neighboring countries, unless you pay an additional 50 euro. This is simply a shakedown because the policy already includes coverage in these countries; they just won’t give you the insurance “green card” to prove it so you can’t get the car across the border. You can supposedly get around this by making a 10,000 euro deposit. I would have done this, but the Capital One credit card I used for this particular rental doesn’t have that large a limit (it’s irritating, because almost every other credit card I carry does).

I hate rental car scams and I hate being told I can’t go somewhere. I was determined to get to Bosnia, so I found a loophole. Dubrovnik, Croatia is an exclave and is only reachable via Bosnia through an area known as the “Neum corridor.” If you travel on this route, the Bosnian authorities do not require you to have a “green card” proof of insurance in order to cross. This presented an opportunity, so earlier this week, I made a Bosnian border blitz in order to experience a small slice of a rarely visited country.

The roads in Croatia are excellent, though expensive. It costs about $40 to travel from Zagreb to the Bosnian border. It’s easy to see why; the quality of the roads is similar to that in Switzerland and the route traverses some very challenging terrain. I passed through at least a dozen tunnels of varying length, some up to 2km long. 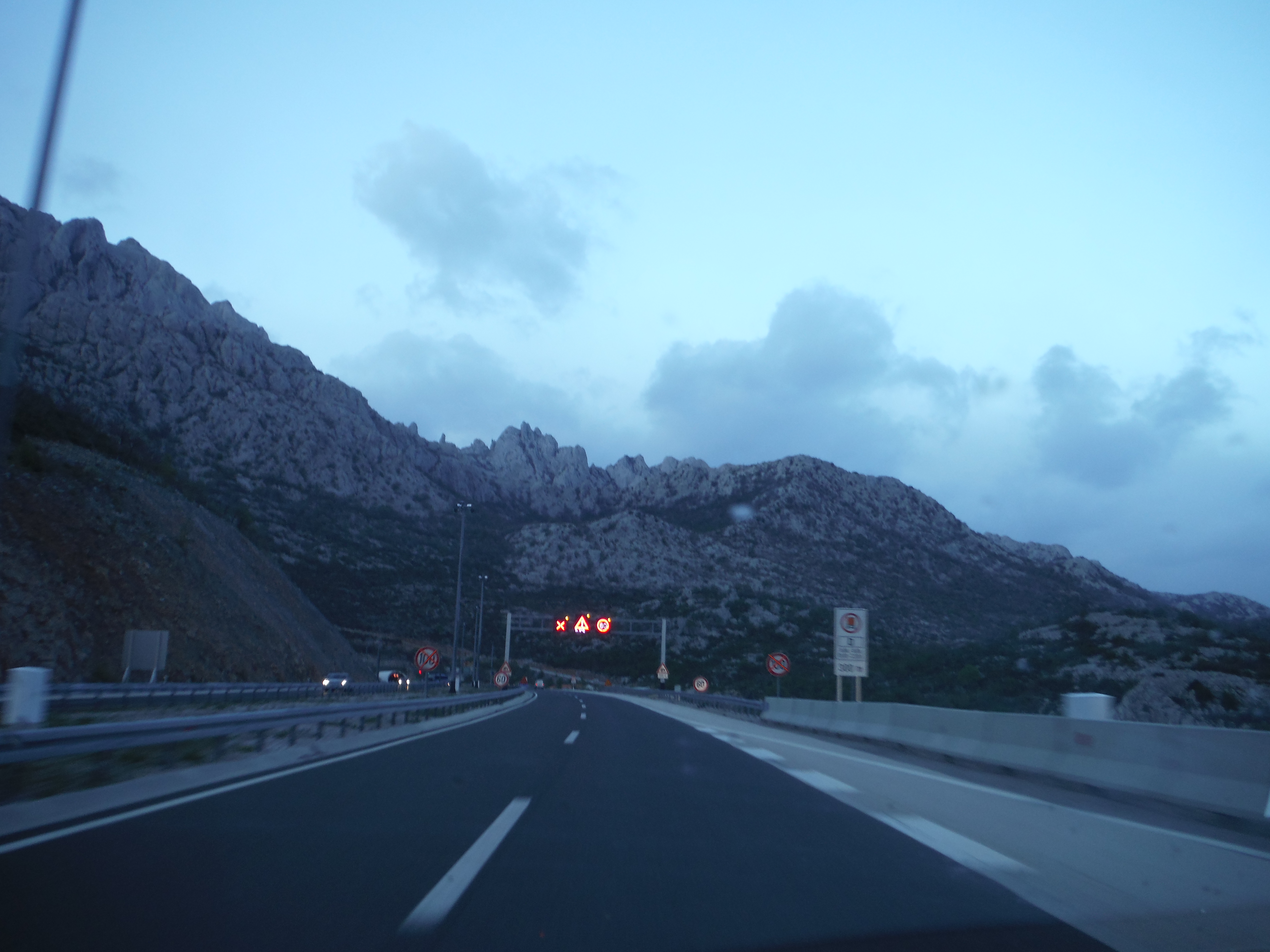 The motorway route isn’t as spectacular as the old route along the coast (or so I’m told), but it was spectacular enough to me. Tall mountains tower over a stark arid scrubland, something that I didn’t expect to see in this part of the world. Roughly halfway, there is a mountain-crowned lake so spectacular that it would be a bustling national park in the United States, but appears to be a simple Croatian holiday village. Finally, I reached the border with Bosnia. A car in front of me was from Montenegro. The answers the driver gave were clearly unsatisfactory because, after a long delay, the car was directed aside and border guards started searching it very thoroughly. My experience was better. “Where are you going?” asked the officer. “Dubrovnik,” I said. “Only Dubrovnik?” he replied, to which I replied “Yes.” He asked “Why do you travel to Dubrovnik?” I replied “Because it is beautiful.” He handed back my passport, smiled, and said “In Dubrovnik the women are beautiful! Now talk to my colleague, he is Bosnian police.” I pulled forward to the next window, where a sour-faced guy scanned my passport into his computer. I asked whether it was possible to stamp my passport, and he handed back my passport saying “No. Now you go out.” I wasn’t interested in arguing the point, so I continued into Bosnia.

I had been warned by Croatians that the road would be terrible in Bosnia, but it wasn’t. One thing that I did think was very interesting was that the road signs had spray paint all over them, clearly obscuring something I couldn’t make out in the dark. However, the path to Dubrovnik was clearly marked. I drove into Neum, stopped at a restaurant for a bad and very expensive dinner where I got ripped off on the exchange rate, and then found an ATM to get some local currency, the Bosnian mark. 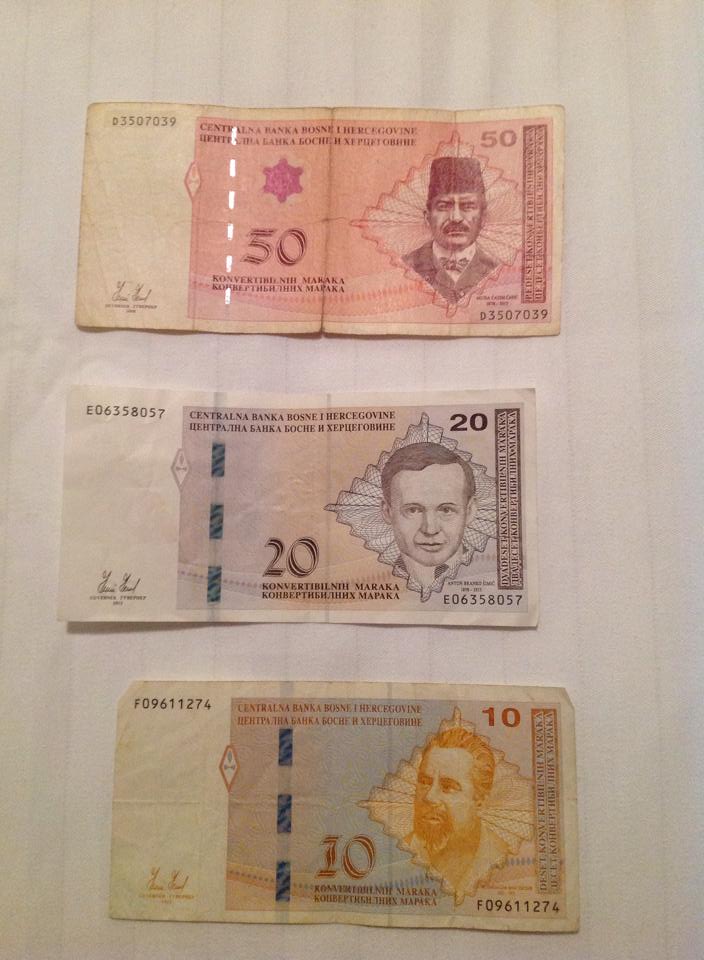 Bosnian marks worth about 40 euro.

After my bad experience at dinner (don’t order the “Pirate Style Kebabs”), I wasn’t sure what to expect when it came to finding a hotel. However, I was tired and wanted to find somewhere to stay. I drove past the largest hotel (which I assumed would be expensive), and eventually came across a small boutique 3-star hotel called the Hotel Villa Nova. The office wasn’t open but a sign in the window said “we are downstairs,” so I went downstairs and the owner came out. Yes, a room was available, but without breakfast because I would be the only guest. Accordingly, there would be a small discount. The price was 30 euros, would I like to see the room?

Yes, I wanted to see the room. Rooms in Dubrovnik cost at least 3 times that. I had a look and everything was very clean and exactly in order. The hotel caters to Swiss and German visitors, who have very high expectations when they travel. All of the facilities were exactly as I would expect for a 3 star hotel and you can even drink the tap water. My room had a very nice balcony, comfortable bed, and the wireless Internet worked well. Basically, it’s exactly what I would expect of a property that caters to very particular Swiss visitors and it was almost frighteningly clean. Best of all, a spectacular view awaited me in the morning.

Room with a view

After checking out, I went to the post office to mail postcards home, and then to the gas station to fill up the car. There are two gas stations in Neum, but the one closest to the center of town has the cheapest prices (by about 20 eurocents per gallon). Unfortunately they only take cash and they rip you off on exchange rates if you don’t pay in Bosnian marks. Fuel is about 30% less expensive in Bosnia than in Croatia, so I definitely wanted to take advantage. I used up the remainder of my Bosnian marks which got me to about 3/4 tank, but I figured that would be enough to get me to Dubrovnik (it was more than enough; I topped off the tank to 100% on my way back to Zagreb).

Heading south toward Dubrovnik, I noticed why there was spray paint on the road signs. The Bosnian government apparently uses both Roman script and Cyrillic (in a nod to the Bosnian Serbs). Cyrillic script is thoroughly unacceptable to the local population, who are ethnically Croatian, so every trace of Cyrillic has been meticulously blacked out throughout the entire Neum corridor. This part of Bosnia was not spared the violence of the Serbian-Croatian war in the early 1990s, and even physical scars remain. The psychological ones will take longer to heal. 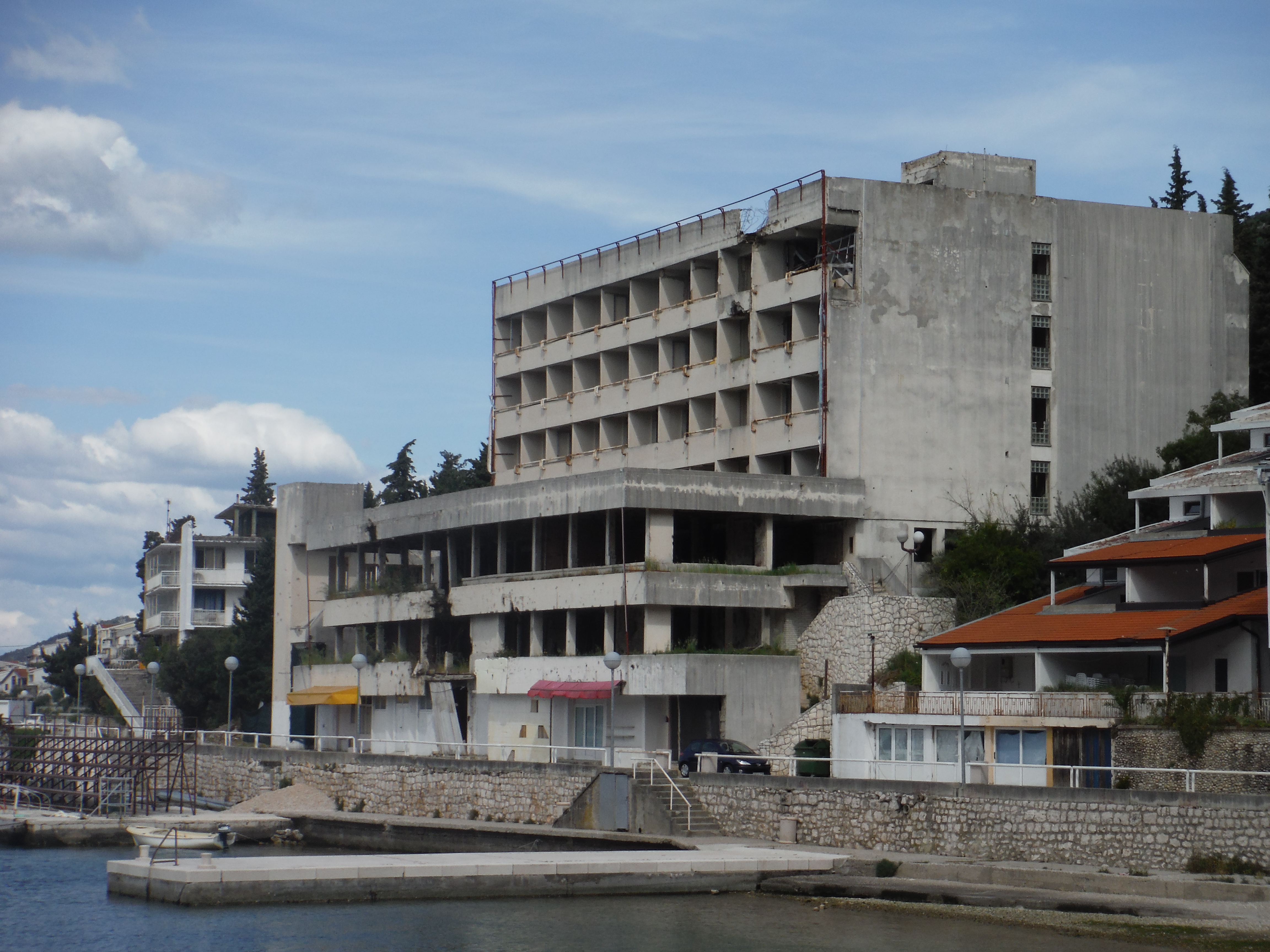 If you’re faced with unreasonable restrictions from your rental car company, consider a visit to Neum if you’d like a taste of Bosnia. It provides a very affordable alternative to expensive accommodations in Dubrovnik, and is only an hour away.